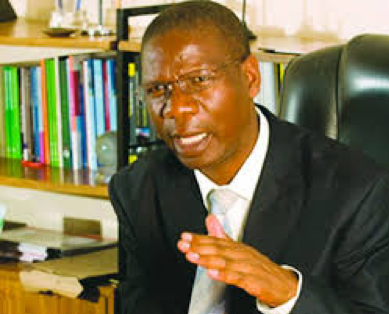 The award goes to Civil Society Organisations and individuals, who dedicate their work to social justice, human rights and global solidarity. Press Freedom, Decent Work, Women's Rights and Access to Education for All are the four categories for which the prize will be awarded this year. SOLIDAR is a European network of NGOs working to advance social justice in Europe and worldwide.

The network is brought together by its shared values of solidarity, social equality, and participation. SOLIDAR works in cooperation with its members, trade unions, political institutions, and civil society actors. SOLIDAR aims to influence policy at the EU and international levels, and link members together to learn from each other and help them carry out projects. The organisation is affiliated with the Progressive Alliance. The Silver Rose Awards were launched in 2000 to help raise the profile of individuals and organisations whose outstanding work is fuelled by vision and tireless commitment and whose achievements have contributed greatly to the struggle for a just and civil society.

Winners are sometimes well-known; others are ordinary people leading extraordinary lives, reaching out to the most vulnerable groups in their societies, advocating their rights, campaigning for their needs, and providing essential services such as soup kitchens, housing, children's holidays and literacy classes. As SOLIDAR's member organisations work on projects with local partners both in Europe and around the world, examples of worthy recipients are found.

Comrade Japhet Moyo, who won a Special Award by the jury was nominated by Sharan Burrow (ITUC) & Luca Visentini (ETUC). This was the citation: “Brother Japhet Moyo has a long-standing history of 32 years of militancy as a trade union and civil society activist and leader. He is a dedicated trade unionist working in a country in crisis with high levels of political intolerance, exclusion, and where the rights of freedom of association and the right to organise are often arbitrarily denied (Zimbabwe is ranked 5 in the ITUC Global Rights Index and as one of the ten world worst countries for workers' rights). Japhet's fight for workers' rights, decent work and social justice has earned him seven arrests. He is also a former spokesperson of the Crisis in Zimbabwe Coalition, an umbrella civil rights watchdog with a membership from trade unions, non-governmental organisations and churches. He also promotes unity in the Movement for Democratic Change (MDC). These roles promote democracy and good governance in Zimbabwe, and all are held on a voluntary basis. (...) Through his administration, ZCTU has made significant progress in promoting decent work and freedom of association, and organising workers - including informal economy workers - despite the government hostility”.

SOLIDAR's Secretary General Conny Reuter describes the overall priority of the award being to promote social justice in Europe and elsewhere in the world.

“We consider it to be a very political and progressive award – not meant to honour charity but distinctive political engagement,” she said. She said their choices were equally progressive and political – and often vanguard. “In 2001 for instance, we dedicated a Silver Rose to Morgan Tsvangirai, at the time opposition leader in Zimbabwe and opponent of President Robert Mugabe. The award was given to him for his outstanding activities to bring about a fairer and more just society – regardless of the many threats, arrests and attacks he had to face. Eight years later, Tsvanigirai became Prime Minister on the basis of the historical power sharing agreement with Mugabe - and contributed a lot to the shift of his country towards more democracy and justice. Another example is The Parents Circle - Families Forum (PCFF), a joint Palestinian Israeli organisation, to which we gave a Silver Rose Award in 2007. The organisation gathers over 600 families, all of whom have lost a close family member as a result of the prolonged conflict. With its joint activities, the Parents Circle shows that reconciliation between individuals and nations is possible. Brother Moyo said he had won the award in recognition of the collective efforts of the ZCTU in fighting for social justice.

“We fought for social justice together and sacrificed together. I owe this to the movement itself,” he said. The ZCTU Secretary General was in 2018 and 2019 arrested for organising ZCTU demonstrations spending weeks in remand prison, has been threatened with death and harm to his family members. The winners are always advocates of change, united by their passion, commitment and vision for bringing about a fairer and more just society.

Among the winners from previous years are people, and organisations providing social support: Aminatou Haidar – President of the Sahrawi NGO Collective of Sahrawi Human Rights Defenders, which expose the human rights violations committed by Morocco in the occupied territories of Western Sahara Morgan Tsvangirai – the  late  President  of  the  Zimbabwean Movement for Democratic Change and a key figure in the fight for human rights in Zimbabwe. National League for Democracy of Burma – helped turn the spotlight on their struggle against Burma's military junta Chapitô (Portugal) – an arts centre, professional school of arts and circus school for young disadvantaged people and adults at risk of social exclusion Filo D'Argento (Italy) – a helpline set up for the elderly, offering support, conversation, and acting as a watchdog against abuse.