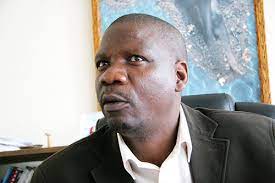 41 years of independence have failed to deliver the country to where it is supposed to be owing to poor governance, political intolerance, corruption and cronyism, but all hope is not lost, the Zimbabwe Congress of Trade Unions (ZCTU) has said.

ZCTU secretary general Japhet Moyo, in a statement to mark the country’s 41 years of independence, said government had failed to maintain and nurture the Jewel of Africa it inherited from the colonial government and only serious reforms would change the country’s trajectory.

“As we look back to the last 41 years, it is sad to note that we missed great opportunities for Zimbabwe to be a great country…Through greediness, misgovernance and selfishness, those whom we entrusted with leading the country led the country in the opposite direction. Millions of Zimbabweans have left the country in despair and desperate for a better living, some have died in foreign lands as they faced xenophobia…From the jewel of Africa, we have become a laughing stock of the world…It is not too late to redeem ourselves yet…we only need to change the way we do things, particularly our politics, we must offer the politics of tolerance and deal decisively with corruption and cronyism ,” said Moyo.”

Zimbabwe inherited an economy that was among the best in the developing world soon after independence in 1980 but it has degenerated to become one of the worst economies in the world. Unemployment running over 90 percent and  high inflation have saddled the country over the past 20 years.

The political situation has also deteriorated, characterised with intolerance and human and trade union rights violations. Even independence celebrations have been politicised over the years to exclude some sections of the society perceived to be critical of the government and trhe ruling party Zanu-PF.

“Independence Day should be for everyone and non-partisan. There has been a tendency to treat the event as a political party function resulting in many shunning the commemorations,” said Moyo.

Meanwhile, the government, this year, extended an invitation to the ZCTU to attend the national Independence celebrations function that was held at State House.