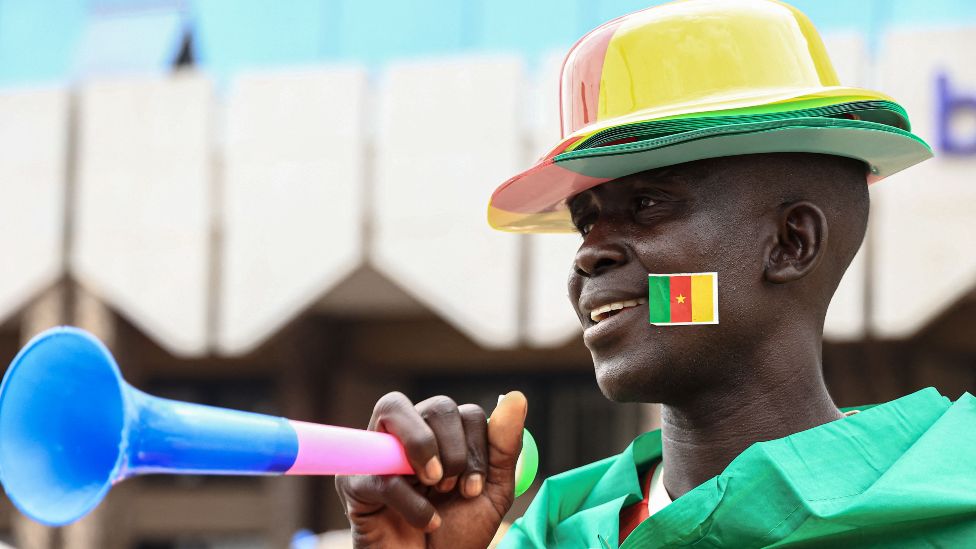 AFCON: At least 8 killed in crush at Cameroon stadium

At least eight people have been killed and 38 injured in a crush outside an Africa Cup of Nations football match in Cameroon.

Videos showed crowds of screaming football fans being crushed at the entry gates to the Paul Biya stadium in the capital Yaounde.

Witnesses described chaotic scenes outside the ground as thousands of fans struggled to get access.

The dead include a boy of 14 and seven people were seriously injured.

Cameroonian President Paul Biya has ordered an investigation into the crush and sent his “deepest condolences” to the victims’ families. The Confederation of African Football has also launched its own investigation.

The stadium has a capacity of 60,000 but it was not meant to be more than 80% full for the game because of Covid restrictions.

Nick Cavell, a producer for BBC Africa, was at the match and says news of the crush did not seem to filter through to the crowd until there were reports on social media.

Danish journalist Buster Emil Kirchner described seeing “a lot of chaos” as fans clamoured to enter the ground through a single open gate.

“It was hectic – people running, people climbing fences, people breaking through the barricades,” he told the BBC, adding that he had seen many people without tickets trying to “force themselves in”.

Another journalist, Leocadia Bongben, saw commotion coming from one of the fan zone areas outside the stadium.

“People started shouting,” she told the BBC’s Newsday programme. “A minute after that an ambulance came to the stadium, but when we got to the place the police would not allow us to get close to where the stampede was.

“It’s really quite a sad situation that people go to watch a game and they end up dying there.”

Some of the injured were in a “desperate condition”, nurse Olinga Prudence told the Associated Press.

Football’s world governing body Fifa said the “thoughts and prayers of the global football community” were with those affected.