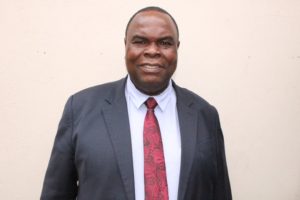 A Labour Office has ordered that company AVM Africa (Pvt) Ltd owned by Kenneth Musanhi, the  ZANU-PF stalwart and Bindura North Member of Parliament to pay $63252.83 to his former employees who were dismissed on notice in July 2015 following the Zuva judgement.

The 21 former employees who are easily classified as casualties of the Nyamande and Another versus  Zuva Petroleum (Pvt) Ltd  2015 had argued before Madziya that Musanhi had flatly neglected to pay them their terminal benefits and outstanding salaries despite terminating their contracts of employment on notice on the 27th of July 2015.

Musanhi through his lawyer Vivian Vhera of Tamuka Moyo Attorneys had disputed that the case had prescribed despite being reported to a Labour Officer well in time in 2016 after it happened in 2015.

'The issue in dispute is none payment of terminal benefits. The claimants were terminated on notice and were not paid outstanding salaries and salaries and retrenchment package,' Madziya wrote.

“This tribunal will award payment of minimum retrenchment of 2 weeks pay per year served. The employees must be paid $16001 as outstanding salaries and $47251.83 as retrenchment package. The ruling to be compiled with, within 30 days of receipt of the same”,  Madziya concluded.

The dismissed employees were represented by the National Union of Metal and Allied Industries in Zimbabwe.