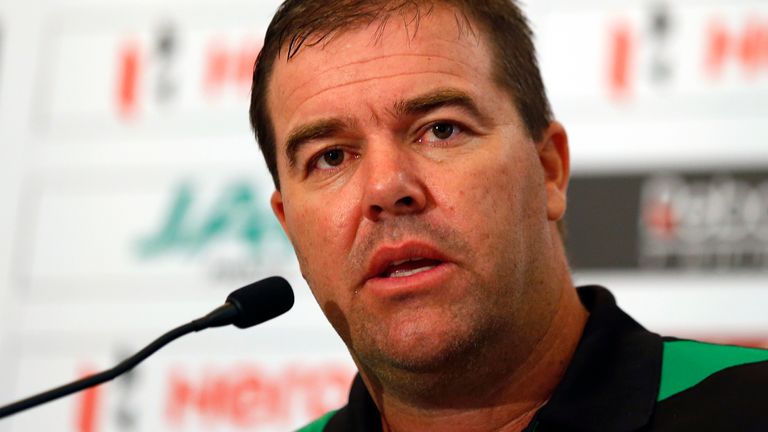 Defending Heath Streak Is Like Defending A Rapist: Zimbabwe Cricket

JOHANNESBURG: Zimbabwe Cricket (ZC) has launched a scathing attack on cricket publication ESPN Cricinfo for an article about Heath Streak and what led him to his eight-year ban for corruption by the International Cricket Council (ICC).

ZC said: “He [Streak] does not deserve sympathy.

“Trying to justify Streak’s misdeeds is akin to defending a rapist.”

Streak was found guilty of assisting a corruptor known as Mr X by the ICC, for accepting payment of around 35 000 US dollars and accepting an iPhone from Mr X in 2017. Streak accepted the ban, but denied any match-fixing allegations.

The article written by Firdose Moonda was published entitled “The many silences of Heath Streak” in The Cricket Monthly by ESPN cricinfo on January 12, did not seek to excuse Streak’s actions, and went into great detail of what led Streak to become involved in corrupt activities.

ZC continued: “Corruption, like rape, is not an accident. Neither is it a mistake. It’s a deliberate choice, and we need to recognise that.

“Stop apologising for those involved in such abominations and blaming the victims.”

Just exactly why ZC sought to compare cricket corruption with defending rapists is beyond confusing. But that was not the only personal attack, which ZC employed either.

ZC said: “Indeed, one does not need to scratch beyond the surface to realise that the article is a clumsy and inept attempt to sway the publication’s unsuspecting readers into commiserating with a corrupt man.”

ZC also disputed some of the facts in the article, like Streak during his time in charge of the Zimbabwe men’s team as coach giving up his salary for more than a year.

According to ZC the article “is replete with further misrepresentations and cherry-picked truths deliberately plucked out of context to portray Streak as a victim of a corrupt cabal.

“A super patriot, messianic figure or some kind of Robin Hood who knowingly engaged in illicit activities in his attempt to set up a T20 league for poor Zimbabwe, the author wants us to believe.”

The Cricinfo article in fact, said that “the trail of the case and the sheer weight of evidence against Streak blows holes through a defence of naivete, or that he was simply too gullible and that a corruptor took advantage of his eagerness to start a league.”

Another lofty claim by ZC was that ‘good news’ stories about Zimbabwe cricket are being ignored.

ZC said: “Apparently they seem not to conform to the template designed for the demonisation of ZC for successfully making cricket a sport for all Zimbabweans, regardless of race, tribe or religion. Sadly, many have over the years swallowed the demonisation propaganda hook, line and sinker.

“It’s now time to wake up and smell the coffee.”

The timing of the statement by ZC is also interesting made on Tuesday, which was made a day after another former Zimbabwe cricketer Brendan Taylor confirmed he was being investigated by the ICC under its anti-corruption code.

Whatever the motives, and the timing, of the ZC statement, it’s clear to see the cricketing body in the Southern African nation believe players who fall into its bad books are not allowed to tell their side of the story. And those who report on such stories also run the risk of being censored.