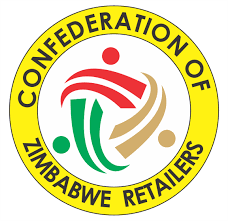 The Confederation of Zimbabwe Retailers (CZR) 2021 first half report has bemoaned the excessive taxes imposed on the working class saying this, coupled with the already high cost of living is choking aggregate demand for most businesses.

“While the policy spoke of “tax reforms which cushion employees,” the very policy left non-taxable personal income tax at a very lower threshold of $10,000 and below, which means that virtually all employees are taxed, including low income earners whose disposable incomes are already very low,” the report said.

As opposed to the current standpoint, the retailers group had proposed that the non-taxable threshold be lifted to about $50 000 but instead, treasury maintained it at a paltry  $10 000, which according to CZR ,is not pro-poor and will continue to suffocate domestic demand, especially for low income earners who have a higher marginal propensity to consume.

“The biggest challenge with the current non-taxable personal income threshold is that the government will be taking more from shoppers who will have a lot less money in their pockets. While we understand that personal income tax is the third biggest contributor to total tax revenue, contributing 17 percent  and that government is trying to maximise its revenue collection, it is our view that the low income employee, who is also the consumer is already overtaxed as they also have to pay additional taxes such as the 2 percent  intermediated money transfer tax, among others,” the retailers said in the report.

CZR strongly recommended that the non-taxable personal income tax threshold be at least linked to the poverty datum line, as measured by the Total Consumption Poverty Line, which stood at $36,756 for a family of six in July 2021.

“Otherwise, taxing personal incomes of those already deemed to be poor will be simply be worsening their poverty and weakening domestic demand. From our own survey, Zimbabwe has the lowest threshold of non-taxable personal income tax in the region,” said CZR.

An analysis presented by the retailers group shows that on a regional basis, South Africa begins to impose tax from an equivalent of US$492, Botswana US$360 , Zambia US$207, Malawi US$123,Namibia US$217 and Zimbabwe implements tax at just as low as US$117.