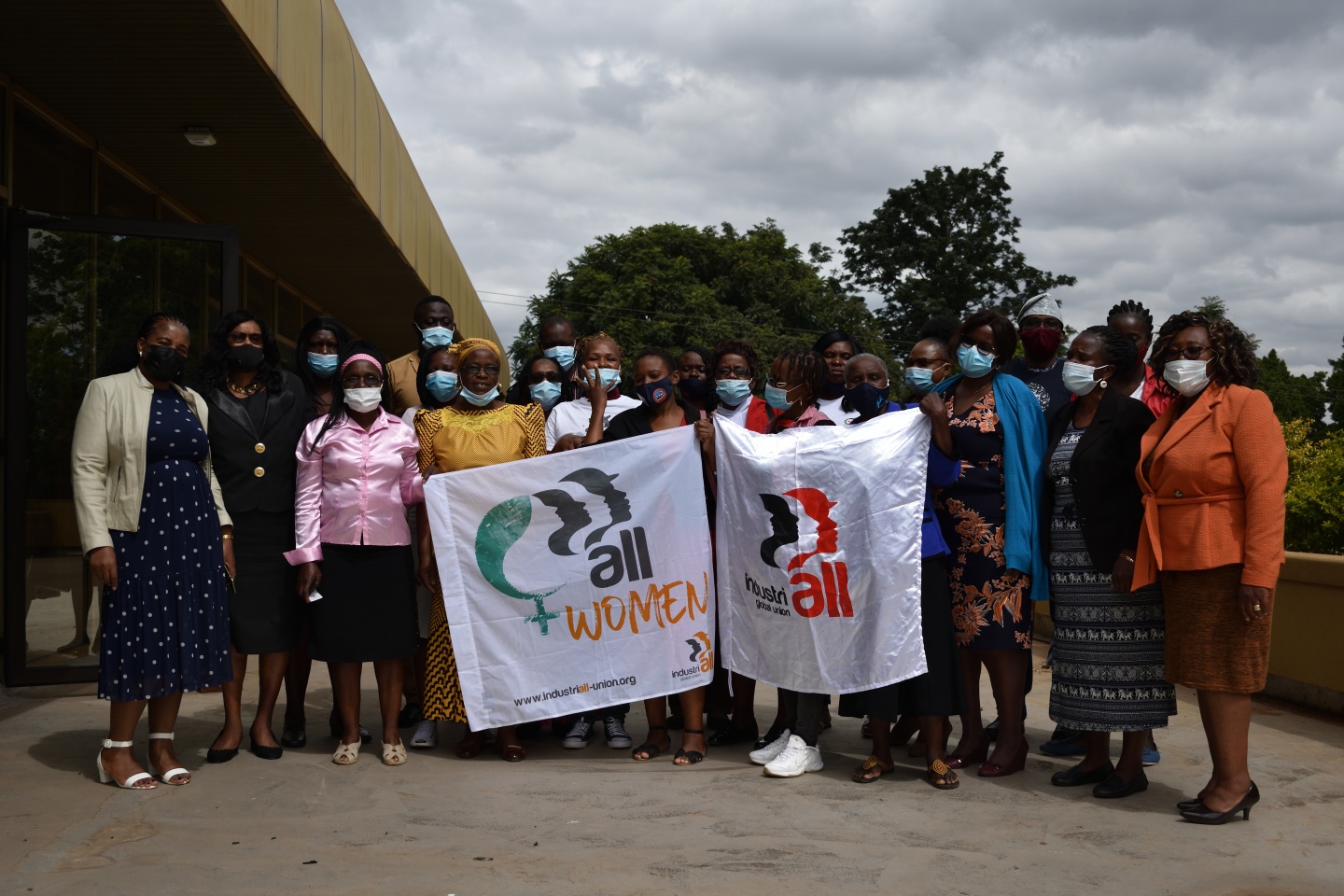 Gender champions to curb sexual harassment at work in Zimbabwe

IndustriALL affiliates in Zimbabwe met in Harare 20-21 April to launch a gender champions strategy to stop gender-based violence and sexual harassment at the workplace and in the unions.

Participants, who included members of IndustriALL Zimbabwe Women’s Committee and youth council, discussed how union members can become gender champions with a primary role of receiving and investigating complaints on sexual and gender-based violence, raise awareness on women and workers’ rights, and provide support to victimized workers.

The gender champions will be campaigners for the ratification of the ILO Convention 190, and some will also engage in protecting whistle blowers and workers affected by sexual and gender-based violence.

“Gender mainstreaming is important in the fight for women workers’ rights. Further, recruiting young women into the union is key to attaining gender equality at the workplace.”

According to the workers attending the workshop, sexual exploitation continues to take place in workplaces and is compounded by the low wage economy with average wages below US$100 and high unemployment.

Most of the sectors where the unions organize are male dominated. For example, there are less than 20 women among the 600 mineworkers at Jena Mine in Silobela, making campaigning for gender equality in the mines intimidating for women miners.

“The mining sector must employ more women to address this obvious gender imbalance. How are women expected to participate in union and workplace activities when they are such a ridiculously small minority,”

“We congratulate the Zimbabwean unions for launching the gender champions strategy. Gender champions are being used in many African countries, including Kenya, to deal with sexual and gender-based violence at the workplace. They will also promote some of the recommendations in the ILO Convention 190 and Recommendation 206.”