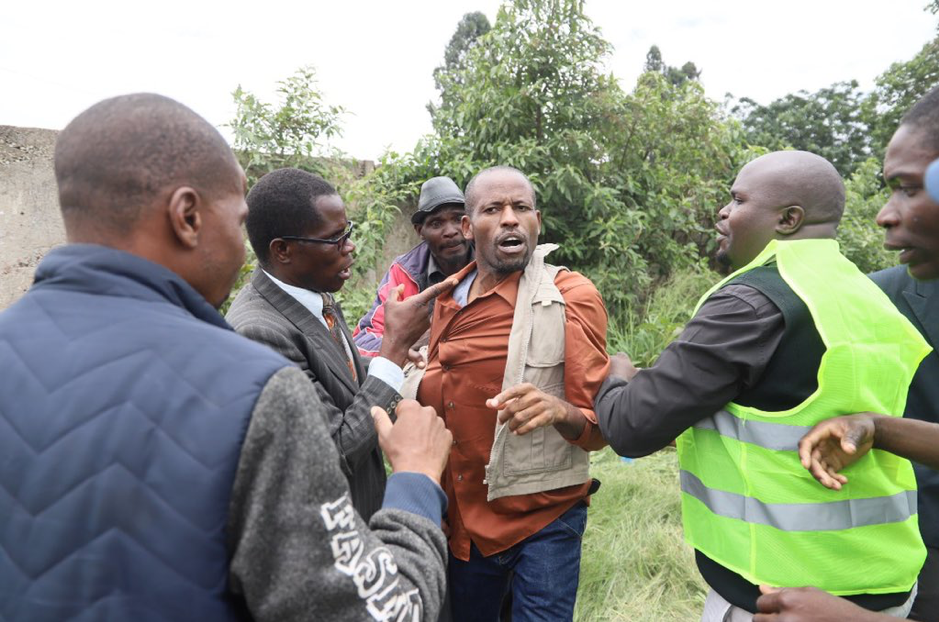 The International Federation of Journalists (IFJ) has condemned the attacks on perpetrated by the Movement for Democratic Change following attacks on Robert Tapfumaneyi, a journalist working for Sly Media, who was assaulted by the party's security personnel on, 21 January while covering the party's event in the capital Harare.

In a statement IFJ said the attacks on media workers were on upscale urging authorities to put in place measures to effectively protect journalists.

ÏFJ joined the Zimbabwe Union of Journalists (ZUJ) and the Media Institute of Southern Africa (MISAZimbabwe) in condemning this attack on press freedom and urged the MDC to refrain from such acts of violence against journalists. Taphumaneyi was harassed and attacked by security staff who accused him of working for the State Broadcaster, Zimbabwe Broadcasting Cooperation (ZBC). The security staff also grabbed his camera and threw it to the floor and prevented him from covering the event.

IFJ General Secretary, Anthony Bellanger said: “the attack on Robert Tapfumaneyi was a deliberate attempt to stop him from performing his work. We support ZUJ's call on MDC officials to apologise for the attack, fully refund and compensate Robert for damage caused and issue a media protocol for their workers that clearly guarantees journalists' freedom and protection when covering their events”.

This new attack adds to the long list of journalists who have been threatened, beaten or arrested by security forces and political activists in Zimbabwe in recent months. ZUJ's General Secretary, Foster Dongozi, condemned the attack and called on MDC officials to apologise publicly to Robert Tapfumaneyi and “replace his equipment if it was damaged during the scuffle”.

ZUJ also urged the MDC to establish a clear protocol for security personnel on how to deal with the media at their public events. This new protocol must guarantee journalists' safety.

“Several journalists have indicated that they are now afraid of covering MDC events because they feel threatened by the security details and that needs to be solved”, the ZUJ added.

In a statement MISAZimbabwe condemned the attack on Tapfumaneyi describing it as barbaric. “ MISA-Zimbabwe condemns in the strongest terms possible the barbarism exhibited by the MDC A security details more so as it comes on the backdrop of similar incidences against journalists by the party's supporters in the run-up to the 2018 general elections. The party should keep their security details on a short leash and above all educate them in particular and supporters generally on the lawfulness of journalism as a profession which is enshrined and protected under section 61 of the Constitution of Zimbabwe which provides for freedom of the press. The party should conduct its own internal investigations into these unlawful and shameful acts that pose a great risk to the safety of journalists undertaking their legal and professional duties,” read the statement.