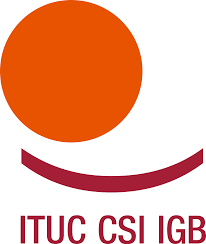 THE International Trade Union Confederation (ITUC) has endorsed the newly elected leadership of the Zimbabwe Congress of Trade Unions (ZCTU), committing to continue rendering the usual support following the completion of the democratic exercise.

In a letter dated November 3 2021 addressed to the ZCTU Secretary General, Japhet Moyo, the global workers association took note of the latest developments.

“I acknowledge receipt of your press release on November 1 2021 informing us about the outcome of your 9th Ordinary Conference. On behalf of the ITUC, let me first congratulate your organisation for such a successful Conference under difficult times in Zimbabwe. I also welcome and congratulate the newly elected leadership  mandated to fight for decent work for the workers and the people of Zimbabwe. I would also like to assure you of our continued support to the ZCTU and to work with you in providing leadership and solidarity with other international trade unions and fraternal organisations,” ITUC Secretary General, Sharan Burrow said.

The ITUC represents 200 million workers in 163 countries and territories and has 332 national affiliates.

Florence Taruvinga was last month elected as the new ZCTU president after garnering the majority of votes at the 9th elective conference held in Harare. Taruvinga, an Energy Sector Workers Union of Zimbabwe (ESWUZ) senior official polled 73 votes ahead of the outgoing ZCTU President, Peter Mutasa who polled 59 votes.

She has broken the gender record, becoming the first woman to lead the federation, in a development partly showing the strides taken to emancipate women in the Southern Africa nation.