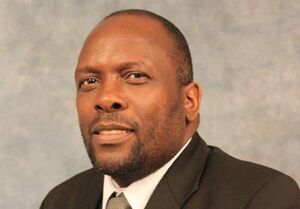 LABOUR and Economic Research Institute of Zimbabwe (LEDRIZ) has blamed the inherited colonial economic set up for perpetual poverty and the current slow economic growth arguing that meaningful policies must target the populous rural areas if meaningful achievements are to be reaped.

The remarks come at a time when most of the policies implemented by the government have failed to achieve the intended desire of turning around the country’s fortunes.

Speaking to The Worker  this week, LEDRIZ director, Doctor Godfrey Kanyenze said Zimbabwe, like many other African countries, remains trapped in the colonial legacy.

“The perennial problem of under-utilisation of resources, implying underdevelopment, can be traced to the legacies of the African economies. Under development in Zimbabwe and on the continent is a reflection of the embedded economic dualism that is associated with the grafted type of capitalism that was carved out under colonialism.

“Thus, the low resource absorptive capacity of African economies is related to the enclave growth emanating from the structural legacy of economic dualism which explains the vicious circle of perpetual under-employment that afflicts the majority of the labour force, and especially women,” he said.

“This formal sector was male dominated  and became the focus of economic development. It then led the informal sector which was made up of 80 percent of the labour force. The bulk of workers in that sector were females and in addition this sector was marginalized.

“So after inheriting such a set up, policies that continue to be implemented have left out the majority of people who are in rural areas due to inadequate infrastructure and a nationally sensitive economic development policy,” said Kanyenze.

He said the evolving social formations suggest the co-existence of the dominant capitalist and pre-capitalist modes of production that have been fused together in a rather uneasy and tenuous co-existence.

The top economist said as a result, the economy is characterised by dualism, a legacy that has been reinforced by both the colonial and post-colonial policies which had a formal sector bias.

This, he said, has perpetuated the status of women who remain disadvantaged in the world of work—in both paid and unpaid work, housework and care work.

The renowned academic also singled out our economic structure as chief among the causes of a highly informalised economy.

He said in the macro-economic context, there has been an inability of the economy to create enough formal jobs, further complicated by the low mobility from informal to formal jobs.

“The trickle-down effects from the formal sector are too weak to transform and absorb these sectors into formal activities. Market forces on their own would simply perpetuate this dualism, even in the presence of some growth.

“So unless the economic policies are presented in such a way that they speak to the sidelined majority trapped in the informal sector, there will be very slim chances of implementing impactful policies,” added Kanyenze.