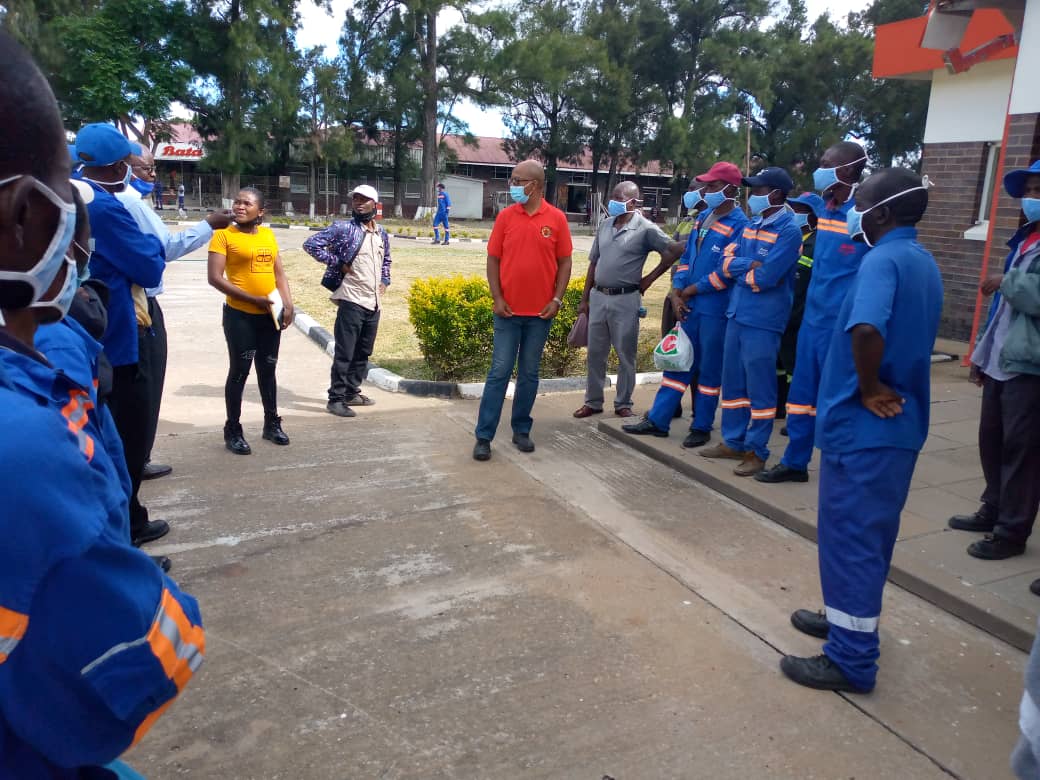 This was said by the programme coordinator, the ZCTU National organiser Michael Kandukutu who projected a new dawn for the trade union from the ongoing International Trade Union Confederation (ITUC) Union to Union initiative being spearheaded by young workers.

Kandukutu said he was confident that the organising activities across industries will see more workers joining and rejuvenating their participation in the trade unions across the country.

“This initiative is an ITUC Union to Union initiative aimed at capacitating union recruitment through young workers. We started by holding radio shows in Harare and Bulawayo where we outlined our objectives. We followed that with physical workplace programmes and so far we have been to Harare, Bulawayo, Gweru and currently in Mutare. We are visiting workplaces to recruit and sensitize workers on the basic fundamentals of working people. Our major goal is to attract new members to our affiliates and to develop dependable cadres,” he said.

Kandukutu said the initiative was targeting all sectors of the economy adding that the response from workers has been encouraging.

“We have managed to retain and recruit a sizeable number of workers into unions over the past few weeks riding on this organising campaign. The Covid-19 pandemic had created a void between workers and unions but we are bridging that through this initiative. This will be an ongoing initiative because we are also capacitating shopstewards who are the first line of defence for the trade union to carry on with the work at shopfloor level,” he said.

He added that the thrust of the organising initiative was to attract and increase trade union membership, particularly young workers, to sensitise workers on their rights, roles and responsibilities in the trade union, enhance participation and cadre development.

“We want to develop cadres that defend and protect trade union and workers rights at all levels. We are confident that by targeting young workers we are securing the continuity of the trade union,” he said.