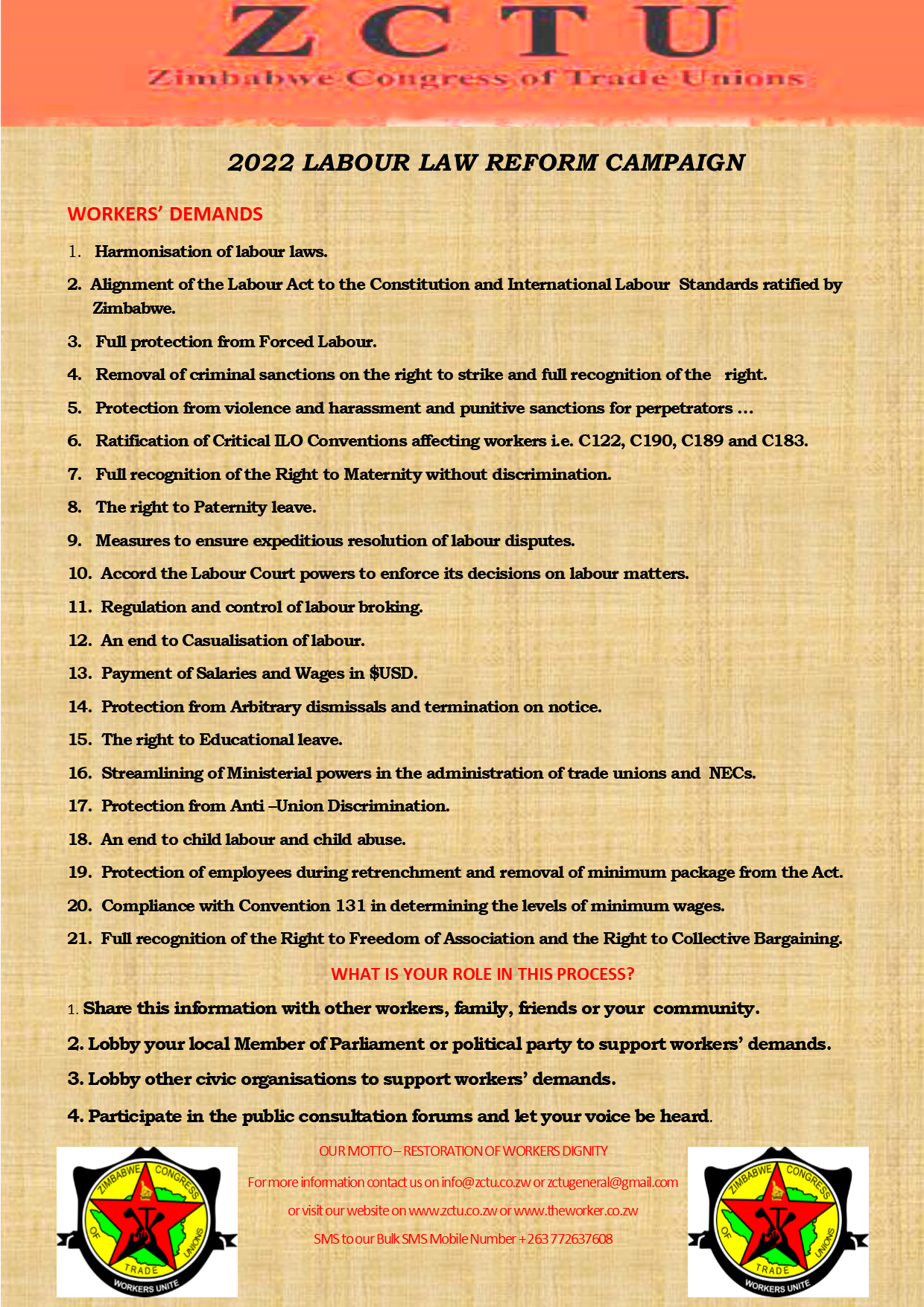 The Zimbabwe Congress of Trade Unions (ZCTU) has submitted input to the Parliamentary Portfolio Committee on Public Service and Labour public hearings on the Labour Amendment Bill as labour bemoans the slow pace of labour law reform which has dragged for more than 10 years.

The submission was presented to parliament and was buttressed at the various parliamentary portfolio meetings which were held countrywide by ZCTU representatives. The ZCTU is also worried about government sincerity in the protection of workers. One of its key demands is the harmonization of labour laws so that private and public workers are government by the same legislation.

Presenting the ZCTU position in Harare, ZCTU Northeastern regional chairperson Jokoniah Mawopa implored on parliamentarians to be firm on protection of workers’ rights in the areas of retrenchment, occupational safety and health, discrimination of all forms and child labour.

“The Bill must deal with the issue of forced labour and discrimination of workers on political grounds. There should be agreement on a realistic minimum wage figure. We propose that payment of retrenchment packages should be done within 30 days, not the proposed 60 days in order to preserve value in this hyperinflationary environment,” he submitted.

Other participants also raised issues around protection of women against discrimination at workplaces, sexploitation and maternity leave without compensation.

"Labour bill must be aligned to the whole constitution….broaden your memorandum," said Gwisai